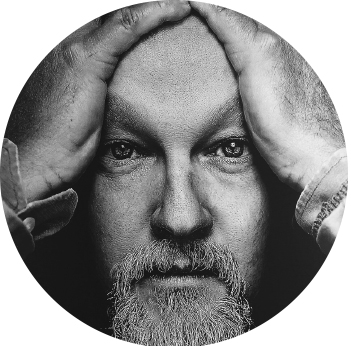 Federico was born on the 15th of June 1968 in Salisbury, Rhodesia. Even though it is currently known as Harare, Zimbabwe, Federico prefers to use it’s pre-revolutionary name. This is because of the dramatic political and humanitarian developments caused by the oppressive regime of Mugabe; that caused the revolution and ultimately the return of his family in Italy in 1970.

He grew up in Rome, in a family where art is a constant element: His mother, her partner both painters, equally his grandmother, daughter if the arts. Unfortunately however, Federico is incapable of drawing… that is how he finds the way to express his innate creativity through photography. In 1989 he moves to Florence to assist his photographer father and “learn the profession.” He then moves to New York to carry out a course at Parsons University: An experience that gave him the keys to his creative interpretation, qualities that are still at the basis of his career.

In 1991 he moves to Milan, where he elaborates his technical knowledge and starts to work independently, collaborating with fashion magazines.

In 1997, from the union with Cristiana Gastel, with whom he shares the passion for photography, his first daughter Bianca was born. Matilde was born in 1998 and the Pietro ten years later in 2008.

His career has a turning point in 1996 when he starts collaborating with ELLE DÉCOR; a collaboration that allows him to discover a new world, the one of design photography. The latter reflects his life philosophy by being less neurotic and stressed (even though fascinating) than the one of fashion photography. He most of all realises that to emerge in the field of photography, as in every field, one must master in the best way possible the matter in discussion, consequently loving and comprehending it. Fashion fascinated Federico, whilst the world of design made him completely passionate. He explains that if he hadn’t have had this overwhelming passion for photography, he probably would have ended up being an architect or a designer.

Federico always tempted to create for himself space and time to develop his research, merging commercial requirements with his own aesthetic sensibility. He also had the luck to “teach” (even though he prefers to define it as a “sharing of experiences”) in a series of workshops and has been very positively hit by the feedback he received from the participants.

The objectives for the near future are mostly tied to the development of more personal projects. They should enclose the experiences that he has had until now and find a way to develop a didactic path.

This website uses cookies to improve your experience while you navigate through the website. Out of these, the cookies that are categorized as necessary are stored on your browser as they are essential for the working of basic functionalities of the website. We also use third-party cookies that help us analyze and understand how you use this website. These cookies will be stored in your browser only with your consent. You also have the option to opt-out of these cookies. But opting out of some of these cookies may affect your browsing experience.
Necessary Sempre abilitato

Any cookies that may not be particularly necessary for the website to function and is used specifically to collect user personal data via analytics, ads, other embedded contents are termed as non-necessary cookies. It is mandatory to procure user consent prior to running these cookies on your website.